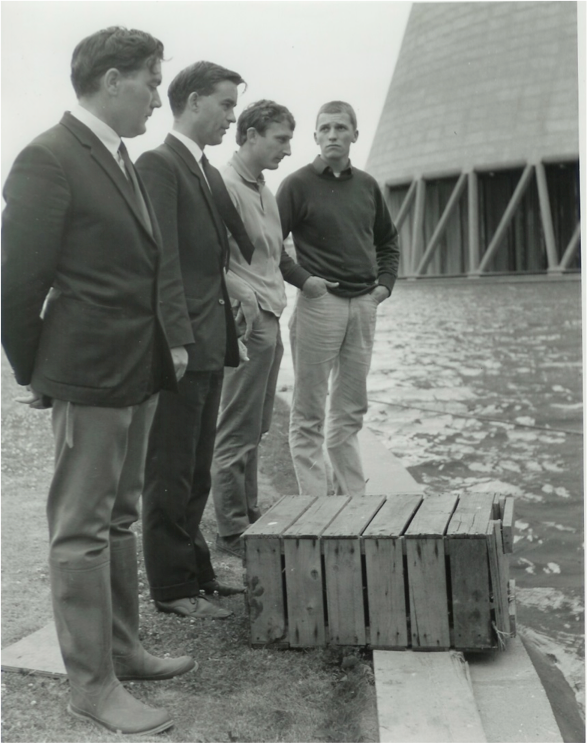 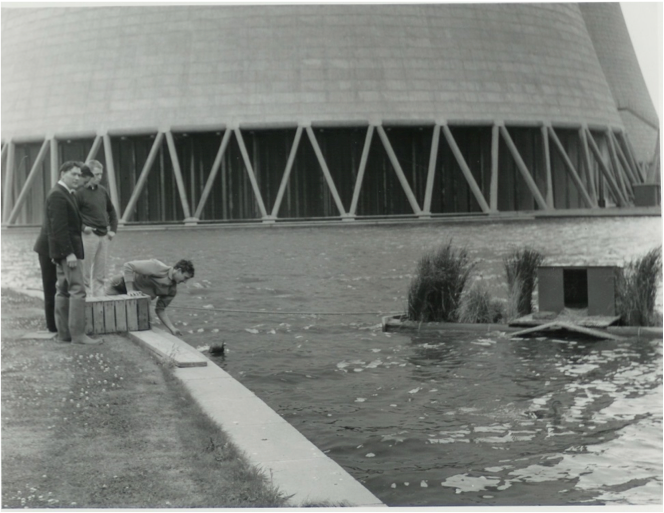 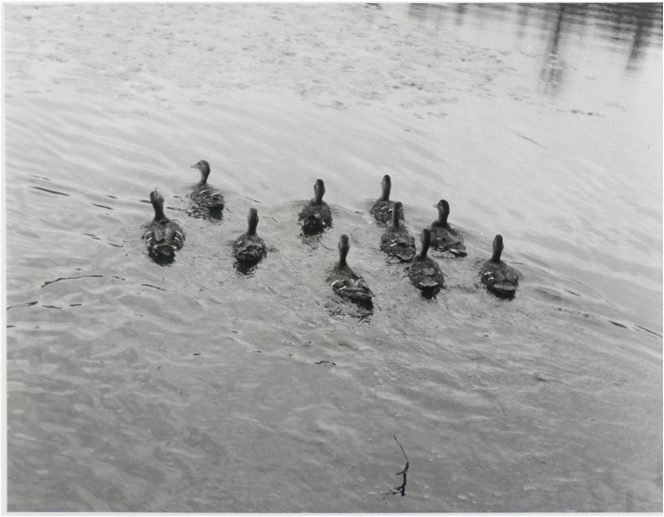 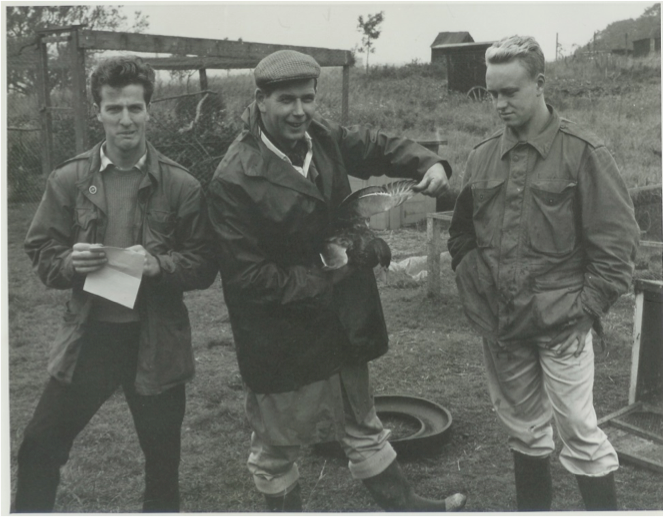 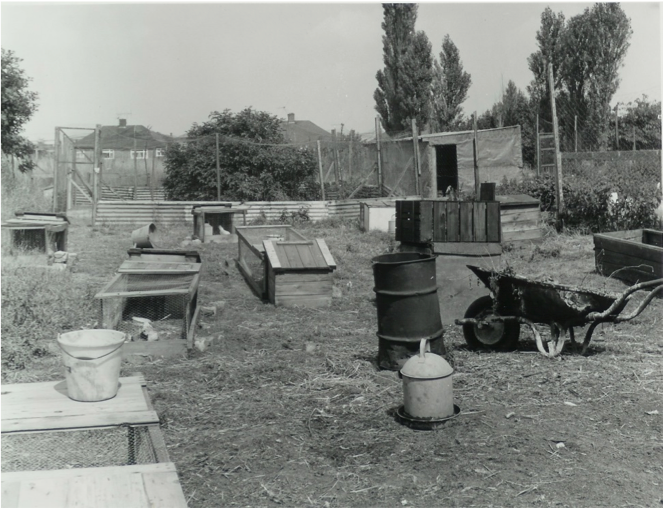 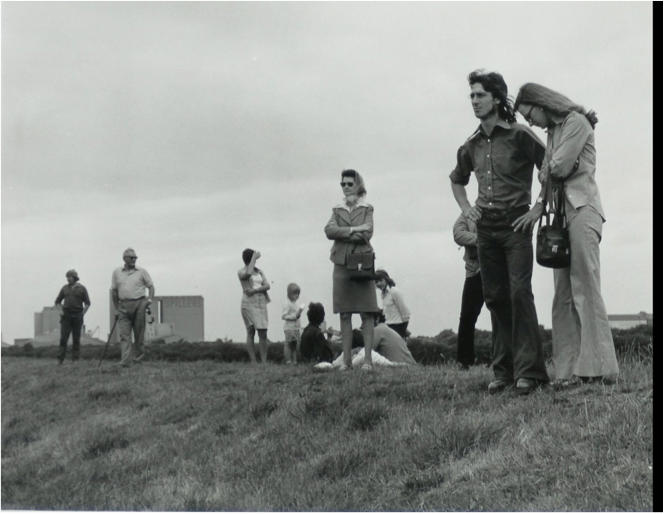 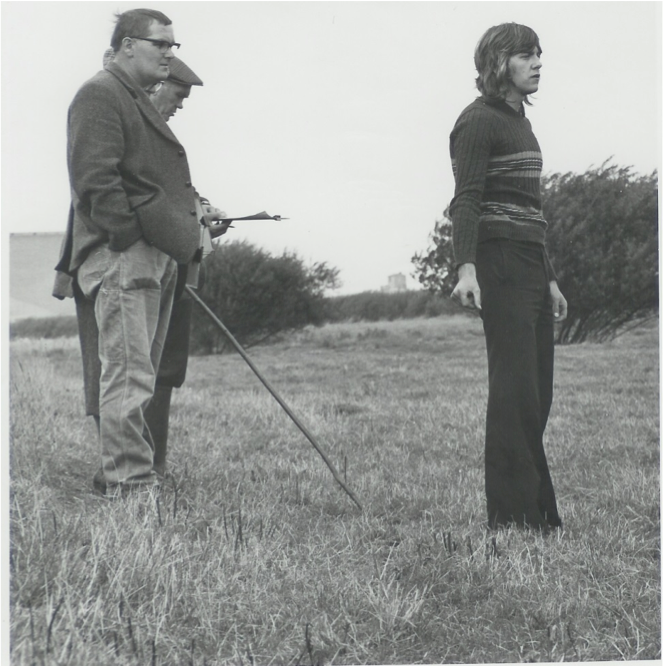 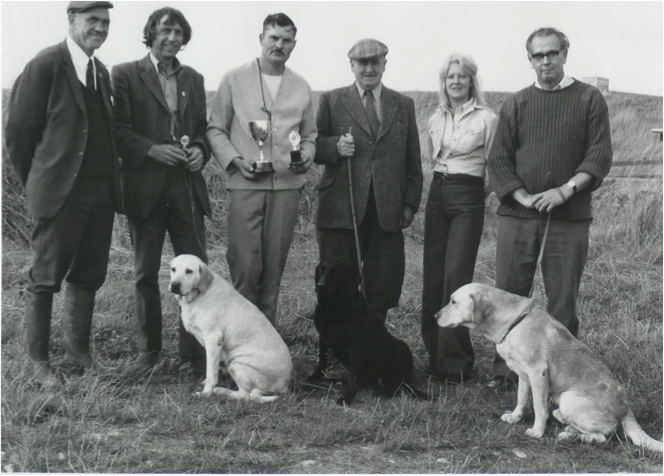 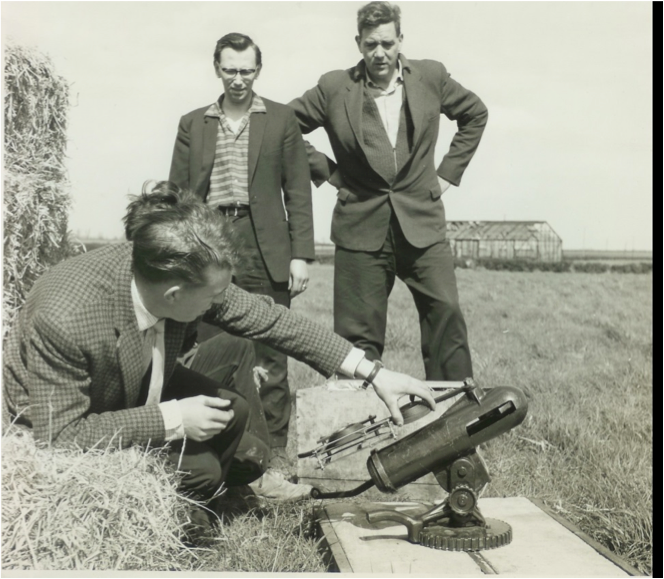 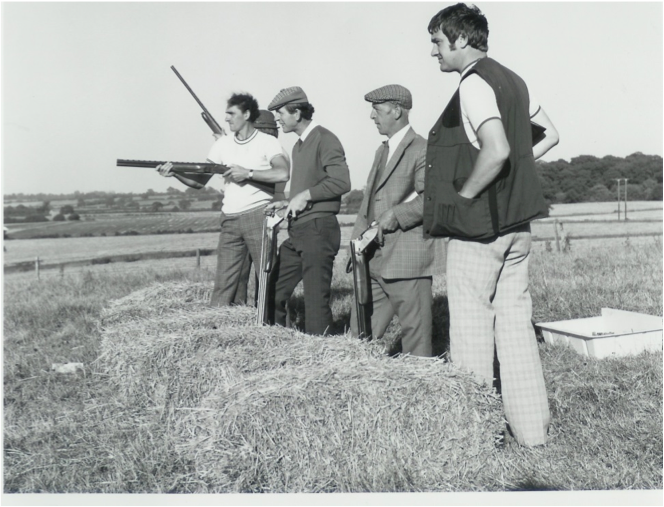 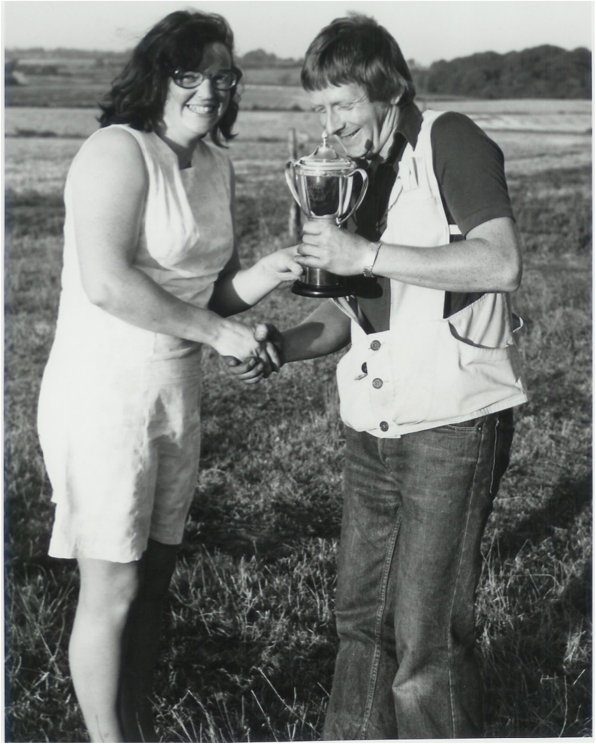 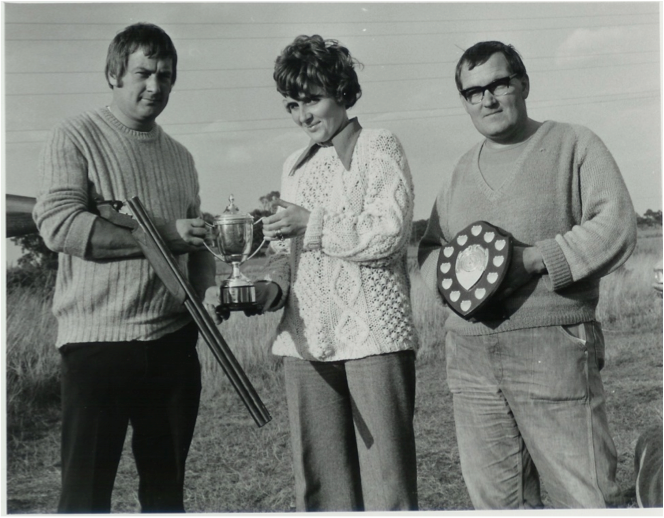 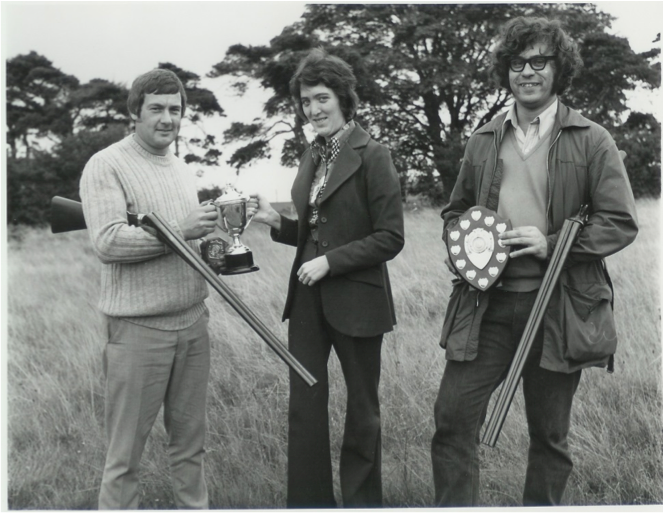 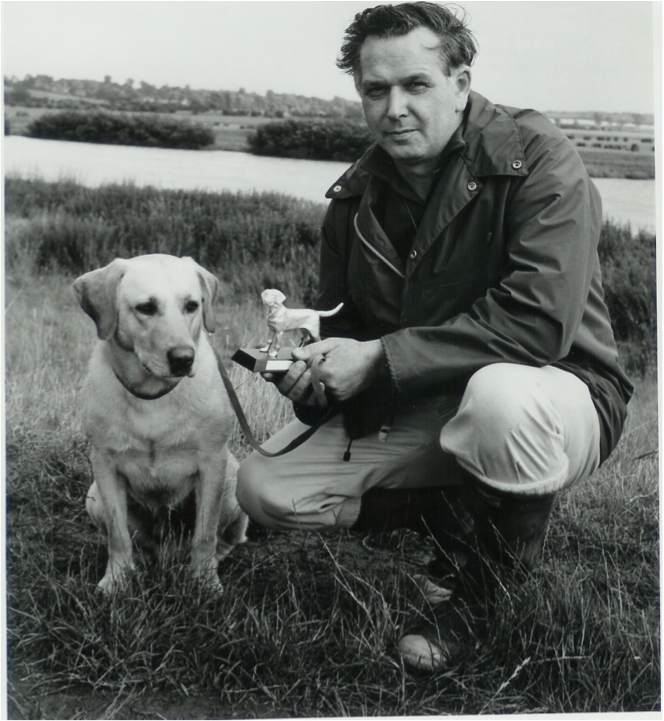 Some facts, information and photographs that outline our history

In 1959 some like minded shooting people got together to form a shooting club. These were, P Thompson, D Wiseman, M Miller, Dixon and J Green.

Affiliation to Wildfowlers Association of Great Britain & Ireland (WAGBI), now the British Association for Shooting & Conservation (BASC) took place in January 1960. Our affiliation number being C077. We still have the original certificate and letter confirming our affiliation.

The Associations first President was Mr Reg Pumfrey. The Secretary was expected to report to him at least once a month, to keep him up to date with the Associations activities and fortunes.

On the death of Mr R Pumfrey in 1988, he was succeeded by his son Mr Peter Pumfrey. Our current President Mr Michael Anyan was elected in 2003 following Mr Peter Pumfrey’s death.

The Association has only had 3 Presidents, 9 Chairmen, 6 Secretaries & 9 Treasurers. Of the original members, 2 still live locally, 2 are deceased and the whereabouts of the 5th is not known. In 2003 we elected Sir Malcolm Guthrie BT as our Patron.

The current Officials of the Association are:

The first land the Association rented was in 1960, the marsh we now know as the Point. This was rented from the then Trent River Board. A year or two later this was extended to Turnpost Corner. This is still our boundary.

At the present the Association still shoots the original marsh, and has carried out an improvement plan with the help of BASC & the Environment Agency, who we rent the land off. We also shoot some 125 acres of agricultural land at Blyton, which we rent from the Thonock Estate. We also have access to shooting on the South Bank of the River Humber at Whitton & Winteringham under the permit scheme operated by the South Humber Area Joint Council, of which we are members.

In 1963 the Association obtained the shooting rights over Bole marsh from Limestone Farming Co. When the marsh was first shot there was no flood bank so it flooded regularly. Great numbers of duck & geese were shot, and one member had a left and right on Whitefronted Geese.

Pigeon shooting has always played a part in the Association’s activities. In the 60’s we shot on Limestone Farming land at Willoughton, as well as other local farms. Roost shooting took place on Thonock Estate, Kexby and Northorpe. This has continued, with us visiting Grimsthorpe Estate and more recently Scarm Park at Selby.

In the 60’s & 70’s, the Association rented some allotments on Vimy Ridge at the top of Foxby Hill. Here mallard were reared as part of the WAGBI ringing and release scheme. These birds were released on the lake on Thonock estate. All the eggs were bought from the Slimbridge wildfowl Trust. The furthest ring being returned from Russia, with several from the continent.

As well as rearing ducks, the Association also kept a collection of other ducks. These included Pintail, Teal, Pochard Shelduck and Widgeon.

For many years the Association was a member of the East Coast Joint Council. This is similar to the South Humber Area Joint Council which we belong to today.

In 1961 the Association teamed up with South Yorkshire Wildfowlers and visited farmers in the Alkborough area to try and obtain wildfowling rights on the Humber. These visits brought no success.

Over the years the Association ran a number of training days and trials. Mr D Wiseman being a big supporter of these.

The secretary, sometimes accompanied by other members would attend WAGBI meetings in Birmingham. At a combined meeting with other clubs John Anderton, WAGBI Director came to give a talk. At another such meeting Garry Bailey, Assistant Director attended. Nowadays the Secretary along with other members attend various meetings during the year, South Humber Area Joint Council, Upper Humber Wildfowl Committee, Wildfowling Conferences etc.

In the early days some members clubbed together to buy an old Ford estate car to travel to shoot on the Humber & the Wash. At that time only 1 or 2 members had a driving licence, so before an outing could take place a driver had to be found. I suspect a little bribery took place. Similar trips to the Solway were arranged. A group of members visited Ireland 3 or 4 times for a weeks shooting.

Regular club clay shoots took place at Westfield Farm, and open shoots on a field just of the Avenue. This field is now the housing estate opposite the leisure centre. The open shoots were held to raise money for the Association, and stopped when they started to lose money. During this time clay shoots and quiz nights were held between the Association & Gainsborough young Farmers.

An early fund raiser was the Xmas Draw. This ran for many years, & every member was expected to sell a minimum of 20 books of tickets. All the prizes were donated by members. Nowadays we hold barbecues, social evenings, quiz nights & talks to raise funds.

We have with the help of the Environment Agency created a new pond on the Point. The work which was done in 2008 has given us an exciting new aspect to our sport.

For many years the Association held an Annual Dinner. These were held at a variety of venues. One notable guest speaker being Kensie Thorpe.

During the 70’s & 80’s the Association organised the clay shoot At the Lincolnshire Show. As this included a round of the Eley Side-by-Side Championship, we made quite a bit of money from it. In 1985 we asked BASC if we could have a few items on sale or return to sell on our stand. On the day of the show, Mr John Lauder, the then Regional Officer arrived, and for the next 4 years shared our stand, until the shoot was discontinued on safety grounds.

In 1984, the Association celebrated it’s 25th Anniversary with a dinner at Gainsborough Old Hall. The guest of honour was Mr John Anderton, BASC Director. The event was covered by Mr Jonathon Young of Shooting Times.

In 2009, the Association celebrated it’s 25th Anniversary with a dinner at Weston Rooms Gainsborough and later presented a cheque of £450 to Gainsborough Adventure Playground. The dinner was attended by around 100 people and the money was raised through a raffle and auction.

As to whether we will celebrate our 75th anniversary or our centenary remains to be seen. Membership is healthy, with a good number of people showing an interest every year. If we can maintain our current level of interest in membership, the future is rosy, especially with the number of junior members we have.